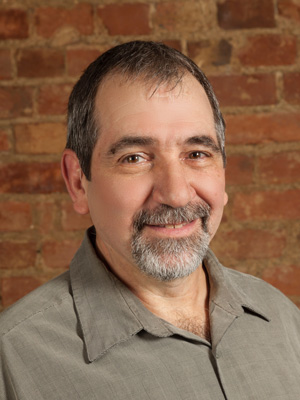 I have been a physical therapist for more than 22 years and came to that with ten years experience as a massage therapist. It was through my teacher John F Barnes, PT, that I came to learn myofascial release (MFR). I graduated from the University of Colorado in May and was introduced to John in the fall of 1994 at MFR I, when he taught in Denver. I have taken all of John's courses and repeated many over the years making MFR the cornerstone of my treatment approach.

In 2015, I had the opportunity to study Visceral Manipulation (VM) with the Barral Institute. The first course was eye opening, the information filled a gap in my knowledge of how the fascia related to the organs of the body. At the second course I was intrigued even more through my own personal experience when being “treated”.

On the way to getting into PT school, In 1991, I earned a Master's of Science in Biomechanics and Exercise Physiology at the University of Oregon. With two masters degrees I can sign my name (MS)2.

Prior to returning to school, I begun studying Shiatsu (1984) while living in Seattle, working as a carpenter. This led to an interest in Tai Chi and Qi Gong. Over the years I have studied yoga and various forms of meditation.

All too often in western medicine we are taught to look at the body in discrete parts. This is very unfortunate and gross misunderstanding of how a person should be treated. One mantra is “Find the pain, look elsewhere for the cause”. People need to be treated completely and in an integrated way that addresses the whole person.

The hard part when writing a bio and describing one's professional life comes when personal circumstances play a large role in that evolution. So here is a little back story.

As I said earlier I ran DPT from 1999 to 2008. I closed my practice in the fall of 2008 to move with my second wife Judy, to Wappingers Falls, New York where she grew up. This was so she could be closer to her family after being diagnosed with colorectal cancer in late 2006. The initial prognosis was good during 2007 but on March 19th, 2008, we learned the cancer had metastasized to her lungs and treatment would focus on managing her symptoms as it was not curable at that time.

As good fortune would have it, I was able to join an excellent practice outside of NYC. After a short period with this group I became the clinical director for the practice.

When Judy and I met in 2004, she was studying Tibetan Buddhism, I was a fledgling meditator studying Vietnamese Zen Buddhism. In Wappingers Falls there is a Tibetan Buddhist Monastery, Kagyu Thubten Choling or KTC. Judy grew up seeing the monks and nuns around town. We joined the monastery shortly after moving there, her twin sister already a member. Over time our spiritual teacher took a keen interest in Judy’s health and provided an unprecedented level of care and guidance throughout her illness, until she passed away on July 16th, 2012. Our relationship with him has been life changing for me, one of the blessings on the path.

In May of 2013, no longer needing to be in NY, I moved to Cincinnati to live with mom and dad as I needed help. I arrived just in time as my father was soon diagnosed with acute lymphoma and pancreatic cancer, he passed away on September 7th, 2013. Now while this may sound sad and rather dire, there were many blessings and opportunities for growth along this path. My spiritual practice in Tibetan Buddhism would not have come about without Judy or our move to New York. I was then able to help my dad transition from the teachings I received during Judy’s illness and passing. I have learned to accept whatever life throws at us and try to see it as an opportunity for learning and personal growth. Its a journey.

My current interests revolve around rock climbing in Red River Gorge, trail running, weight training in the gym and camping. Being outdoors is a source of renewal. At home I enjoy cooking, exploring fine red wines and spending time with family. I continue to develop my meditation practice, traveling to KTC in NY or our affiliate center MOCD in Tennessee on the edge of the Smoky Mountain National Park several times per year.